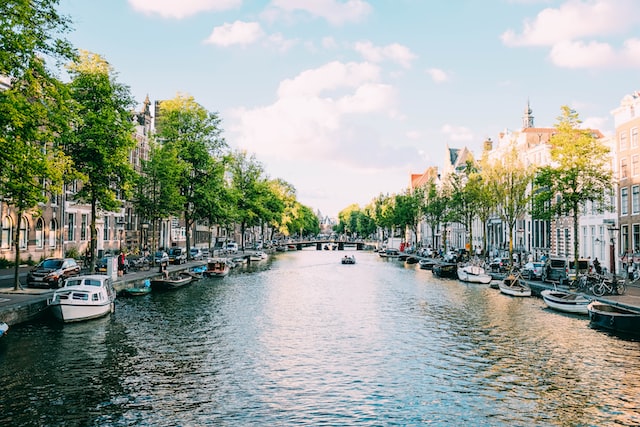 Per NT2 (De Staatsexamens Nederlands als Tweede Taal), the proficiency level is below:

To get Dutch permanent residence, you must pass the B1 level. If you plan to study in a Dutch university for their Dutch-taught program, you need to get a C1 level.

Where can you learn Dutch in the Netherlands?

Many private institutions teach Dutch languages; the most popular option is to learn it via University language centers. Almost every university in the Netherlands offers Dutch courses.
In general, the Dutch courses from the university offer better quality since they are more strict about the qualifications. However, the study might be more academic, but it is a good start.
Once you have a good Dutch grammar base, go to other private institutions or TaalHuis (I will explain later) to further improve your speaking skills. This is what I did to improve my speaking skills.

TaalHuis is another good place to learn Dutch. It’s a program supported by the city government, and you can find it in big cities in the Netherlands.

TaalHuis is usually once to twice per week. The teachers are voluntary and focus more on your speaking skills than other skills, like writing and reading skills.

Can a Dutch language institution offer a student visa?

No, it is not possible. Unfortunately, you cannot get a student visa via any Dutch language programs, and the easiest way to learn Dutch in the Netherlands is with a travel visa.

Is it easy to learn Dutch?

The first word I learned in the Netherlands is Hallo, which means hello in Dutch. Compared with other European languages, the Dutch language is similar to English. This post shares how to say hello in different languages around the world. You will get what I mean. 😉

However, it isn’t accessible if you are unfamiliar with other European languages. In addition, the teacher uses Dutch only once you are halfway A1 course, and it’s pretty challenging for some people.

The key to proficiency in any language is practicing, practicing, and practicing. At first, I found it challenging to understand what the Dutch people were saying; as I listened more, it became easy.

Another popular Dutch learning book. Compared with Code Plus, their book is more user-friendly since the content is more organized, but their online learning material could be more extensive.

Books to learn the Dutch language at different levels:

How to learn Dutch fast for free?

The cost of living in the Netherlands and the Dutch courses are high. Is there no other way to learn Dutch? Yes, of course: online, and there are many free resources!

Paul is a Dutch teacher and a YouTuber. On his Youtube channel, he shares a wide range of topics, including the Dutch language, culture, and interviews with people living in the Netherlands. He has a paid Dutch online course, but his free content is good enough for anyone who wants to start learning Dutch.

In his free courses section, you get many valuable topics, like vocabulary, grammar, the 250 most commonly used verbs, and situations you might have in your daily life in the Netherlands.

If you are wondering if you should invest in expensive Dutch courses, you can start with his free online courses first.

They first ask about your mother language and prepare the Dutch course for you. The website is user-friendly.

You learn the Dutch language based on different types of situations. They offer beginner-friendly courses, a good start for diving into the Dutch-speaking world.

Checklist for moving to Amsterdam/The Netherlands for work and study 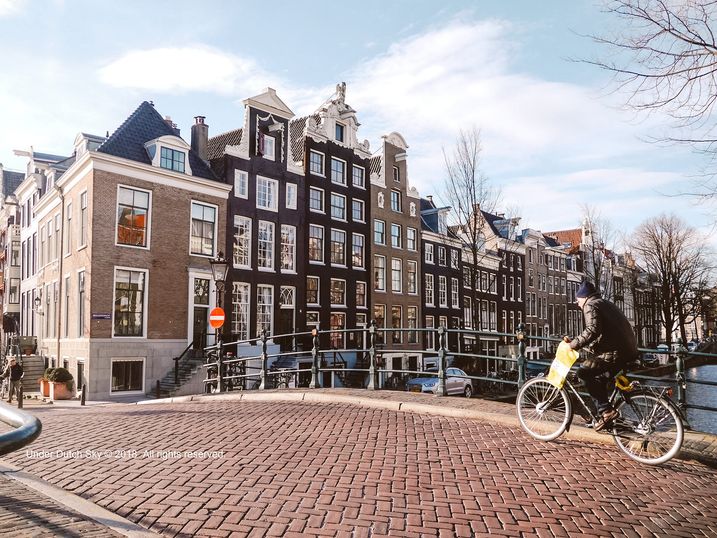